Welcome to the Republican Women of Southwest ﻿Louisiana

Thank-you for your interest in the Republican Women of Southwest Louisiana.  Take a tour of our website to learn about our involvement in Republican and community activities and to learn more about joining.
​You can find us on Social Media as well.

Be Passionate. Be Committed.

Stay in the Know

​Join the Republican Women of SWLA in welcoming 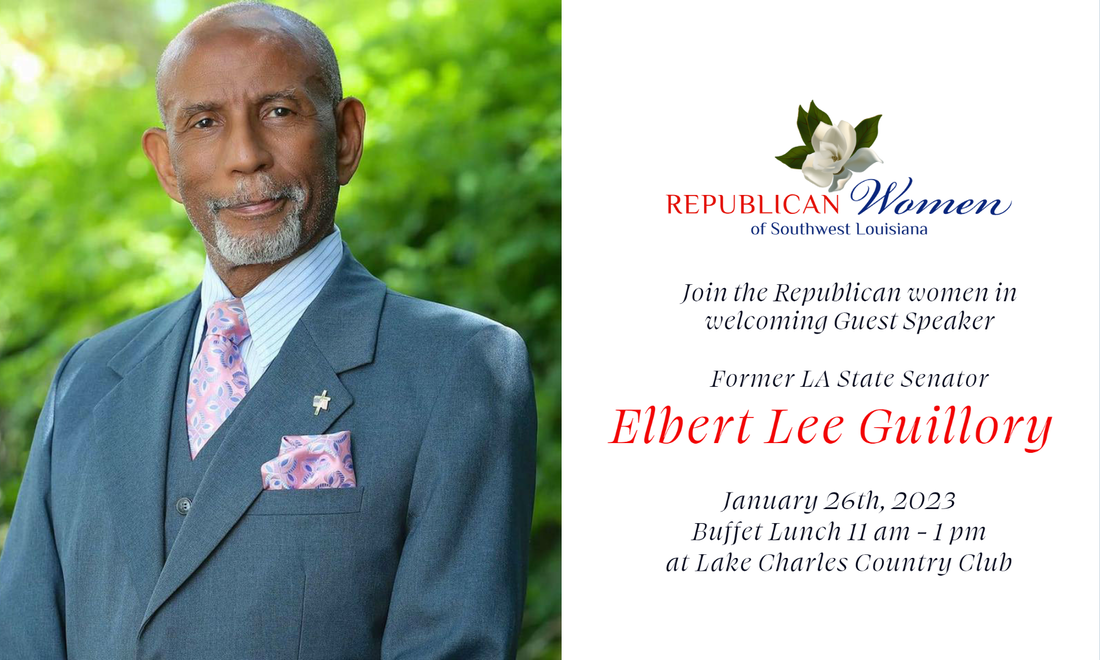 Originally elected as a Democrat, Guillory made national news by switching to the Republican Party in June of 2013. In a video statement titled “Why I Became a Republican”, Guillory famously articulated why he had chose to “escape the Government Plantation and the Party of Disappointment” and join the party of Harriet Tubman and Frederick Douglass.
​
In 2014, Elbert Guillory would play a critical role in the defeat of Senator Mary Landrieu in his home state. Guillory filmed a speech standing in the poorest neighborhood street in Opelousas – “Academy Street” – demanding that Senator Landrieu explain why, after 18 years in the Senate, nothing had changed. The message resonated. Guillory went on to replicate similar messages in North Carolina against Sen. Kay Hagan, as well as Sen. Mark Pryor in Arkansas and finally played an instrumental role in the defeat of Michelle Nunn in Georgia.

Guillory has made numerous TV & radio appearances with the likes of Rush Limbaugh, Sean Hannity, Glenn Beck, Mark Levin, Megyn Kelly, Alex Jones, Greta Van Sustern and Neil Cavuto. He has been featured in National Review Online, the Weekly Standard and the Wall Street Journal, to name just a few.

Elbert Lee Guillory was raised in Opelousas – a small Louisiana farm community where he still resides today. His small law office sits on the same land where his ancestors toiled away as slaves. Elbert was arrested once – for reading books at a “Whites Only” library. Experiences like these drove a young Elbert to join the Navy. In his own words, “wearing that uniform, no one could tell me what water fountain to drink from or where to sit on the bus”. After serving honorably in the Navy and completing undergraduate studies at Norfolk University in Virginia, his passion for equality and change led him to the blossoming civil rights law program at Rutgers Law School. He shined as a student there and spent the subsequent year, after receiving his Juris Doctorate, teaching at the university.

Guillory went on to work in the Nixon Administration as a Civil Rights Attorney and his next job took him to Annapolis to serve under Gov. Marvin Mandel, prosecuting Civil Rights cases on behalf of the Maryland state government.

Born in 1944, Elbert Guillory has seen what he calls the “rise and fall” of the so-called Great Society. Elbert remains a loud voice for free markets, strong families, independence from government programs, gun ownership and school choice. Telling the real truth about the Democrat Party’s incentive to control and manipulate the black community – purely for votes – remains the driving message behind Elbert Guillory’s America. 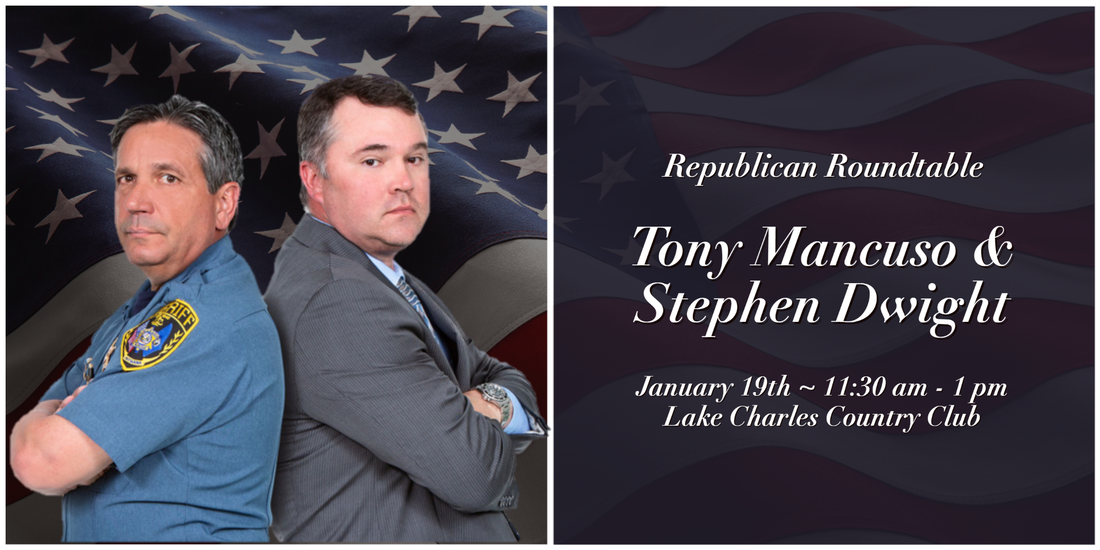 Quote of the Month


OPTIONS FOR DISPLACED VOTERS
​
Vote By Mail ​
Vote In Person

To view and print your sample ballot go to geauxvote.com ​​PAR Guide to the 2022 Constitutional Amendments
The 2022 Guide covers the potential impact of 11 constitutional amendments the public will consider on the Nov. 8 and Dec. 10 ballots. This nonpartisan, educational review helps you understand the issues and the proposed changes so you can develop your own positions on each proposition. To view the 2022 Guide, please visit the link below.
Go to Guide